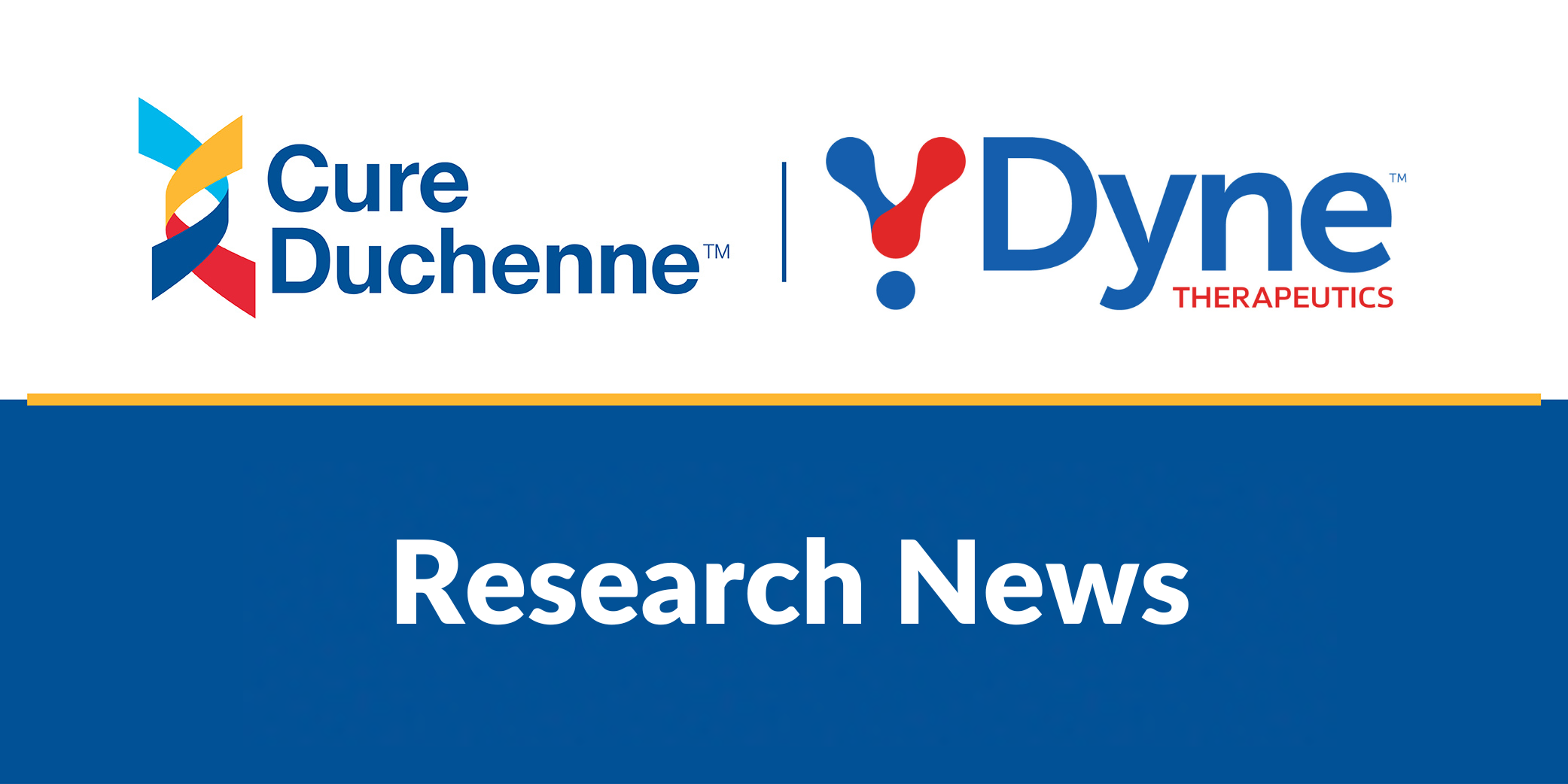 Dyne Therapeutics, who received early funding from CureDuchenne, presented promising preclinical data from their Duchenne Exon 51 and 53 programs at the World Muscle Society Congress.  This was Dyne’s first presentation of data from their Exon 53 program;  their Exon 51 program has already progressed to Phase 1/2 clinical trials and we expect results next year. SEE BELOW PRESS RELEASE

“We are excited to present data which highlight the potential of our FORCE™ platform in building a global DMD franchise of exon skipping therapies. Beyond DYNE-251, our product candidate targeting exon 51, we are leveraging the modularity of the FORCE platform to rapidly identify candidates for other exons, including 53, 45 and 44. The poster being presented at World Muscle features foundational preclinical data underpinning the clinical development program for DYNE-251 and the first in vitro data for a FORCE conjugate targeting exon 53,” said Oxana Beskrovnaya, Ph.D., chief scientific officer of Dyne. “We look forward to reporting clinical data from our Phase 1/2 DELIVER trial of DYNE-251 anticipated in the second half of 2023, as this is an important milestone in our efforts to develop new exon skipping therapies for people living with this devastating disease.”

DMD is a rare disease caused by mutations in the gene that encodes for dystrophin, a protein critical for the normal function of muscle cells. Dyne’s FORCE platform targets the transferrin receptor 1, which is highly expressed on the surface of muscle cells. In DMD, FORCE is designed to deliver a phosphorodiamidate morpholino oligomer (PMO) to muscle tissue to promote the skipping of specific DMD exons in the nucleus, allowing muscle cells to create a truncated, functional dystrophin protein and potentially stop or reverse disease progression.

The poster (P.131) entitled, “Building a FORCE™ platform-based DMD franchise for the treatment of individuals with mutations amenable to exon skipping” will be available in the Scientific Publications & Presentations section of Dyne’s website.

About DYNE-251 and the DELIVER Trial
DYNE-251 is Dyne’s product candidate being developed for people living with Duchenne muscular dystrophy (DMD) who are amenable to exon 51 skipping. DYNE-251 is currently being evaluated in the DELIVER trial, a Phase 1/2 global clinical trial consisting of a 24-week multiple ascending dose (MAD) randomized placebo-controlled period, a 24-week open-label extension and a 96-week long-term extension. The trial, which is designed to be registrational, is expected to enroll approximately 46 ambulant and non-ambulant males with DMD who are ages 4 to 16 and have mutations amenable to exon 51 skipping therapy. The primary endpoints are safety, tolerability and change from baseline in dystrophin levels as measured by Western blot. Secondary endpoints include measures of muscle function, exon skipping and pharmacokinetics. Dyne anticipates reporting data from the MAD placebo-controlled portion of the DELIVER trial on safety, tolerability and dystrophin in the second half of 2023.

DYNE-251 consists of a phosphorodiamidate morpholino oligomer (PMO) conjugated to a fragment antibody (Fab) that binds to the transferrin receptor 1 (TfR1) which is highly expressed on muscle. It is designed to enable targeted muscle tissue delivery and promote exon skipping in the nucleus, allowing muscle cells to create a truncated, functional dystrophin protein, with the goal of stopping or reversing disease progression. In preclinical studies with Dyne’s FORCE™ platform, robust and durable exon skipping and dystrophin expression were observed in the mdx mouse model in skeletal and cardiac muscle as well as reduced muscle damage and increased muscle function. DYNE-251 demonstrated a favorable safety profile and achieved impressive exon skipping in non-human primates, especially in the heart and diaphragm, muscles in people living with DMD that weaken over time leading to mortality.

In addition to DYNE-251, Dyne is building a global DMD franchise with preclinical programs for patients with mutations amenable to skipping other exons, including 53, 45 and 44.

About Duchenne Muscular Dystrophy (DMD)
DMD is a rare disease caused by mutations in the gene that encodes for dystrophin, a protein critical for the normal function of muscle cells. These mutations, the majority of which are deletions, result in the lack of dystrophin protein and progressive loss of muscle function. DMD occurs primarily in males and affects an estimated 12,000 to 15,000 individuals in the U.S. and 25,000 in Europe. Loss of strength and function typically first appears in pre-school age boys and worsens as they age. As the disease progresses, the severity of damage to skeletal and cardiac muscle often results in patients experiencing total loss of ambulation by their early teenage years and includes worsening cardiac and respiratory symptoms and loss of upper body function by the later teens. There is no cure for DMD and currently approved therapies provide limited benefit.

About Dyne Therapeutics
Dyne Therapeutics is a clinical-stage muscle disease company focused on advancing innovative life-transforming therapeutics for people living with genetically driven diseases. With its proprietary FORCE™ platform, Dyne is developing modern oligonucleotide therapeutics that are designed to overcome limitations in delivery to muscle tissue seen with other approaches. Dyne has a broad portfolio of programs for serious muscle diseases, including candidates for myotonic dystrophy type 1 (DM1), Duchenne muscular dystrophy (DMD) and facioscapulohumeral muscular dystrophy (FSHD). For more information, please visit https://www.dyne-tx.com/, and follow us on Twitter, LinkedIn and Facebook.

You can advance the care, treatment and cure for Duchenne muscular dystrophy. Contributions in any amount can truly make a difference and can be credited to a fundraiser or event from the list below.

Our Spring Sale Has Started

You can see how this popup was set up in our step-by-step guide: https://wppopupmaker.com/guides/auto-opening-announcement-popups/